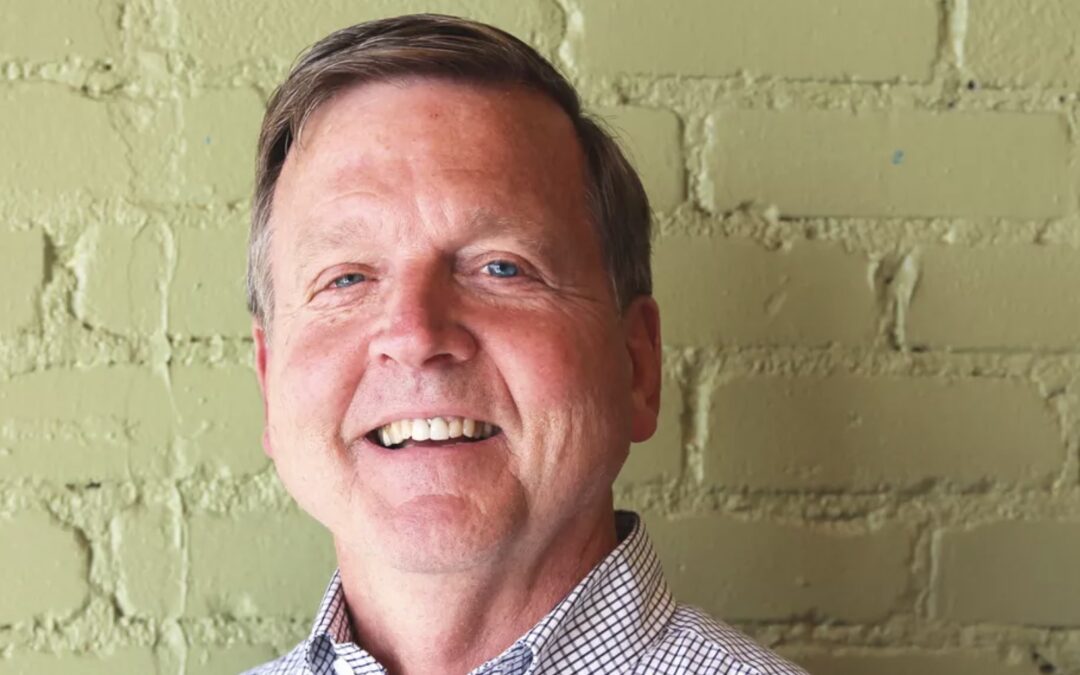 Jim Kregel’s history with Mel Trotter Ministries goes back a generation. His father Robert, who started Kregel Publications in 1939, knew Mel Trotter himself and served on the board for MTM for years. In fact, Jim recalls his father coming home and telling him he found Mr. Trotter crying in his office one day because his dog had died.

Robert Kregel was active in the Grand Rapids community and well aware of Mel Trotter’s work in downtown Grand Rapids.

Robert used to take son Jim to the city-wide Bible conferences hosted by Mel Trotter Ministries, as well as the Maranatha men’s luncheons held at the MTM building. The ministry would bring in speakers such as Howard Sugden, George Gardiner, Warren Wiersbe, sometimes arranged by Robert Kregel as he got to know these popular speakers of the day when they came into his used bookstore.

Jim Kregel has served on the board for Mel Trotter Ministries for more than 20 years, overlapping with his dad for as a board member for eight years. He currently serves as a trustee. He has no plans to step down and no plans to stop spending around fifteen hours a week volunteering for the ministry so close to his heart.

“I want to be busy, not just sit around,” said Jim, who retired in 2017 after 34 years with Kregel Publications and Kregel Parable Christian Stores. The publishing house released a biography of Mel Trotter, titled A Man with a Mission, in 2000.

“Giving back to others energizes me,” he said. “Now, in retirement, it’s my privilege to give back what’s been given to me by a generous father and generous community. MTM is all about the gospel and changing lives and that resonates with me.”

Jim may have retired from his day job, but he’s keeping busy. He serves as the partner engagement advisor for the five MTM thrift stores located throughout the Grand Rapids area, helping to increase each of the store’s profitability. He volunteers at the stores, and oversees a program, called Corners of Your Field, that rewards churches and other nonprofits for donating. He computes five percent of the estimated sell-through value of donations and sends a $10 cash card to the church for every $200 of accrued value. He sent out cash cards valued at $4,310.00 for a recent quarter.

He also paints at the MTM building, paints and applies graphics to donation bins all over West Michigan, and drops off pickup information cards at estate sales and garage sales.

“The excellence has skyrocketed at MTM. It’s gone from a well-managed ministry to excellently-managed ministry, which is seen everywhere from staffing and programming to community outreach and building relationships,” said Jim. “Being of Dutch heritage, I tend to be frugal but only to allow for greater generosity! I don’t like to see waste and I don’t see that here. I love to see Mel Trotter Ministries’ resources used well.”

He embraces wholeheartedly the vision of Mel Trotter Ministries to save lives one person at a time.

“MTM will have an ever-increasing impact on this community spiritually and physically,” he said. “There is never a sense that we’ve made it already. I appreciate that MTM is always asking what can be done better.”

“Giving back to others energizes me.” – Jim