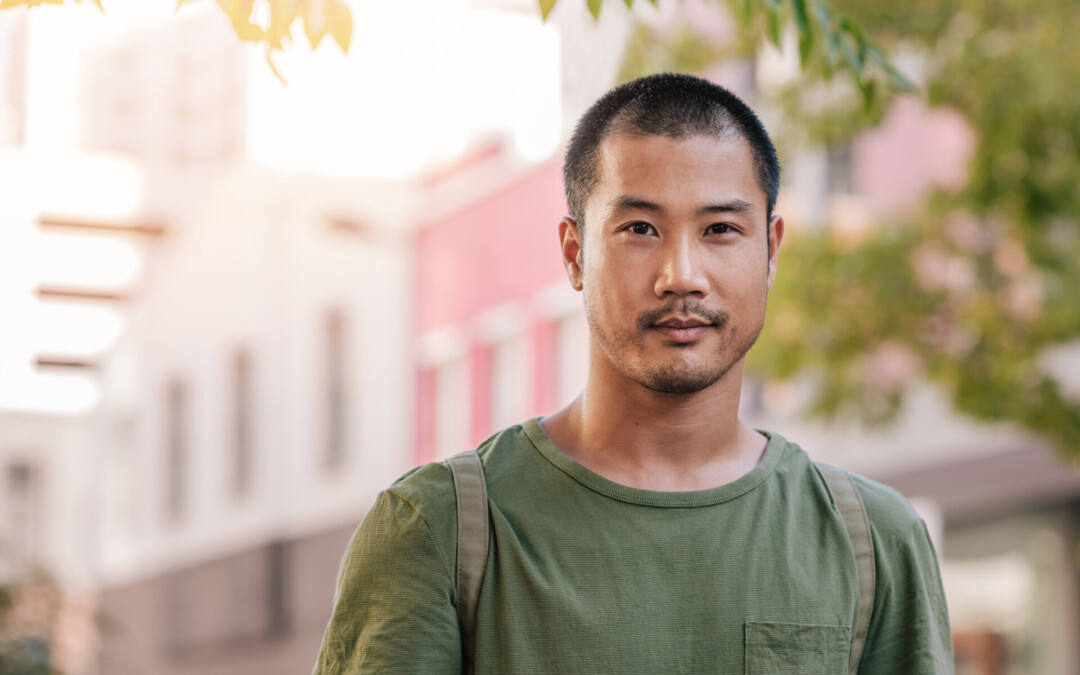 “Everything I’ve gone through, all the hardships and failures, God has been there to rescue and rebuild me. He’s never given up on me and I have to believe he has a plan for me.”

Faith brought Ken to the doors of Mel Trotter Ministries. He was on the way to his hometown of Flint, Michigan, with nothing but two pieces of luggage and a Bible, sitting in the Grand Rapids bus station deciding what to do next. He had no home to go to, no idea what awaited him in Flint except broken dreams and broken relationships.

“The only two people in the bus station that Saturday saw me praying and wondered where I was headed. I told them I had no idea but felt like God wanted me in Grand Rapids,” said Ken. “They told me about Mel Trotter Ministries. I didn’t have a clue what it was, but when I saw ‘Jesus’ on the sign I knew this is where the ladies told me I needed to be.”

The first person Ken saw was Mel Trotter advocate DeMaceo looking at him through the glass doors. “DeMaceo bee-lined for the door; he must have known I needed help because I wasn’t moving,” said Ken. “He welcomed me in.”

Ken had never been homeless before despite addictions and mental health issues that lead to incarceration. He had no resources, family, or friends as he stood alone outside the MTM doors. He entered and found home.

“The staff at Mel Trotter Ministries guided me every step of the way as I rebuilt myself emotionally, financially, and physically,” said Ken, who entered immediately into the Step-Up Recovery program and the other programs offered at MTM.

“I remember when I was first here, laying down at night with everyone else in the room. There was a certain smell that you aren’t used to if you’ve never been homeless,” he said. “I’m lying there feeling pretty horrible when this moment of perfect peace comes around me, wrapping me like a blanket. I could no longer smell anything and felt completely comfortable and at peace. I knew in that moment that this is where God wanted me to be. I looked around and felt compassion; I saw innocence and hope and purpose for every single person.”