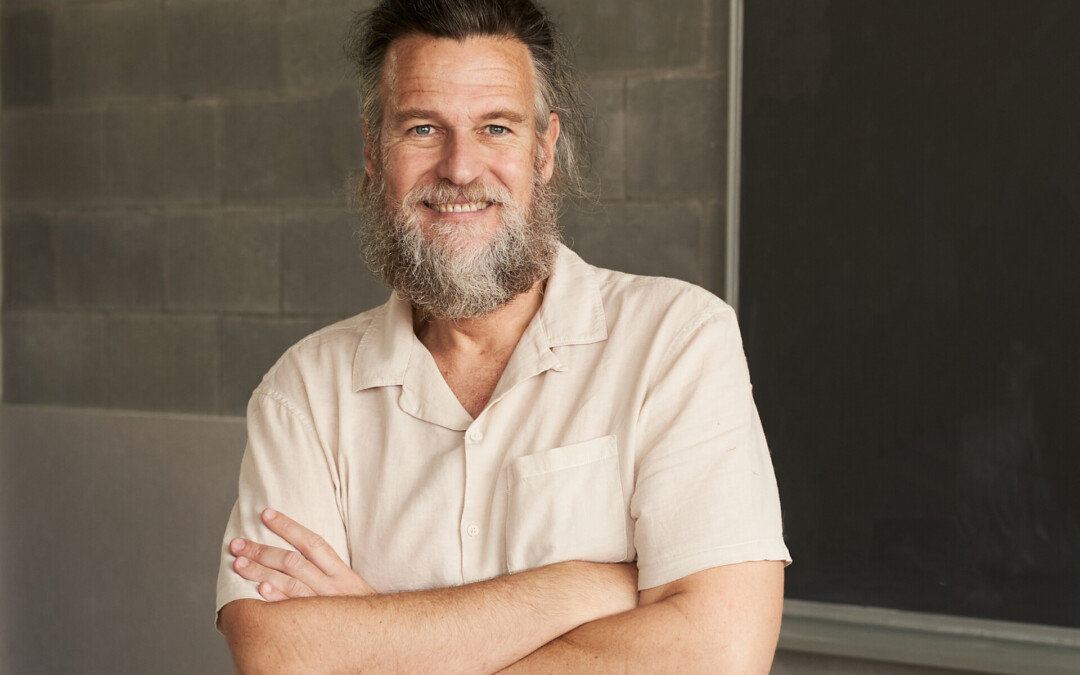 I had nightmares for years. My mom held a shotgun to my dad’s head and told him if he said another word, she’d blow his head off.” That was forty years ago, Red says, remembering he was five years old when he witnessed that exchange between his parents.

Like so many individuals who find themselves experiencing homelessness for the first time as an adult, Red had no idea when he was a young boy that his family’s dysfunction would seep its way into his own life choices.

“I went on drinking benders to avoid dealing with all the pain,” Red said. “What’s weird is that for so many years, I didn’t even know where the pain was coming from. I was just trying to live life.”

Things eventually came crashing down on Red in much the same way it had for his parents.

Born in Kalamazoo, he lived in the Gun Lake area with his mom, dad, and older brother until he was two years old. The family then moved to Irons, Michigan and had a very violent marriage. According to Red, his parents drank, did drugs, and often tried to kill each other. By the time he was six years old, Red had a younger brother, his parents were divorced, and his mom was seeing someone else in the Detroit area.

“I lived with my mom and stepdad in a mobile home until I was nineteen. My brothers were both gone. My mom turned my little brother in for doing things he shouldn’t have been, so he was a ward of the state, and my older brother took off,” he said.

Meanwhile, Red’s mom continued to drink. His stepdad was also an alcoholic who drank up a gallon of vodka daily. Red rode his bike outside all day, often riding up to 40-50 miles until he came home after dark in order to “stay out of their way.”

“I was always scared of my mom – she was tough. I knew how abused she was and what she could take, so I was afraid. I was hit by her and my stepdad with a belt frequently,” he said.

Red’s mom died of cancer in 2004. His stepdad is also passed.

“I never had a lot of close friends, I was a loner but a leader in my eyes,” he said. “I take action. It’s ingrained in me.”

The first time Red married was at age twenty-two. “My big heart got me in trouble. I wanted to be loved and I had an instant family. It was me, my wife, and her daughter, who was three when we got married.”

That marriage lasted four years. Red remarried and had two sons by the time he was thirty. Everything was good in the beginning, but “I had my bouts with alcohol during that marriage,” he said.

“I just got to see them last weekend,” he said. “I haven’t seen my oldest in five months and it’s been even longer since I saw my baby boy.”

Right after the divorce from his boy’s mom, she and Red were on an every-other-weekend schedule like clockwork. At one point, General and Gavin lived with Red and his now ex-girlfriend for eighteen months.

“I always had a job. I’m not the guy who doesn’t take care of my children or things in life, because I didn’t have that. I didn’t have a dad, he was absent, so I refuse to let my boys grow up without me.”

Red taught his boys how to shower, ride bikes, and do other life things he had to learn on his own.

“My boys are strong. We go camping and to shows and on walks—we love being outside.”

According to Red, that’s why it was so easy for him to choose to stay on the streets when he became homeless.

April of 2022 was the first time he began experiencing homelessness.

“I was working at an Engineering Company and had been there for six years. But in April, I went on a bender and drank nonstop. I didn’t even know why. Now I know it was because I was depressed.”

Red lost his job and, in turn, his housing.

With no place to live and no family or friends to turn to, Red entered the Step-Up addiction recovery program at Mel Trotter Ministries in May. He received an internal referral for the Momentum workforce development program shortly thereafter and recently graduated.

“I loved it—the whole thing,” he said. “It’s very inspirational. The folks in charge there are professionals, and they also helped me renew my relationship with God. I had turned away from Him for a little bit during my darkest days, but now my faith is back and stronger than ever.”

Red has had two interviews at the same manufacturing organization, a plastic injection molding company.

“I can’t wait, I want to go back to work so badly. I want to make sure my boys have child support, health insurance, and are taken care of.”

Red is not only working hard so he can take care of his children and make enough money to afford a place on his own, but he’s volunteering at MTM.

“To be here is amazing to me. How can I not give back? I volunteer in the kitchen and I’m more grateful every day for Mel Trotter. They took me off the streets and gave me everything I needed to live. I’ve never had that before. I was poor. My parents spent all their money on alcohol.”

Today, Red has been sober for seven months and says he realizes the pain and trauma he experienced came from many years of not feeling loved by his nuclear family.

“The love here is huge. To get all the help and love that I have gotten from everybody, it’s changed me. It’s huge. It’s helped me so much. I have resources now that I never had before.”

Including, and especially, his renewed relationship with God.

“I know that God loves me. He’s a very good God and has taken care of me my whole life. Everything is possible now through Him. 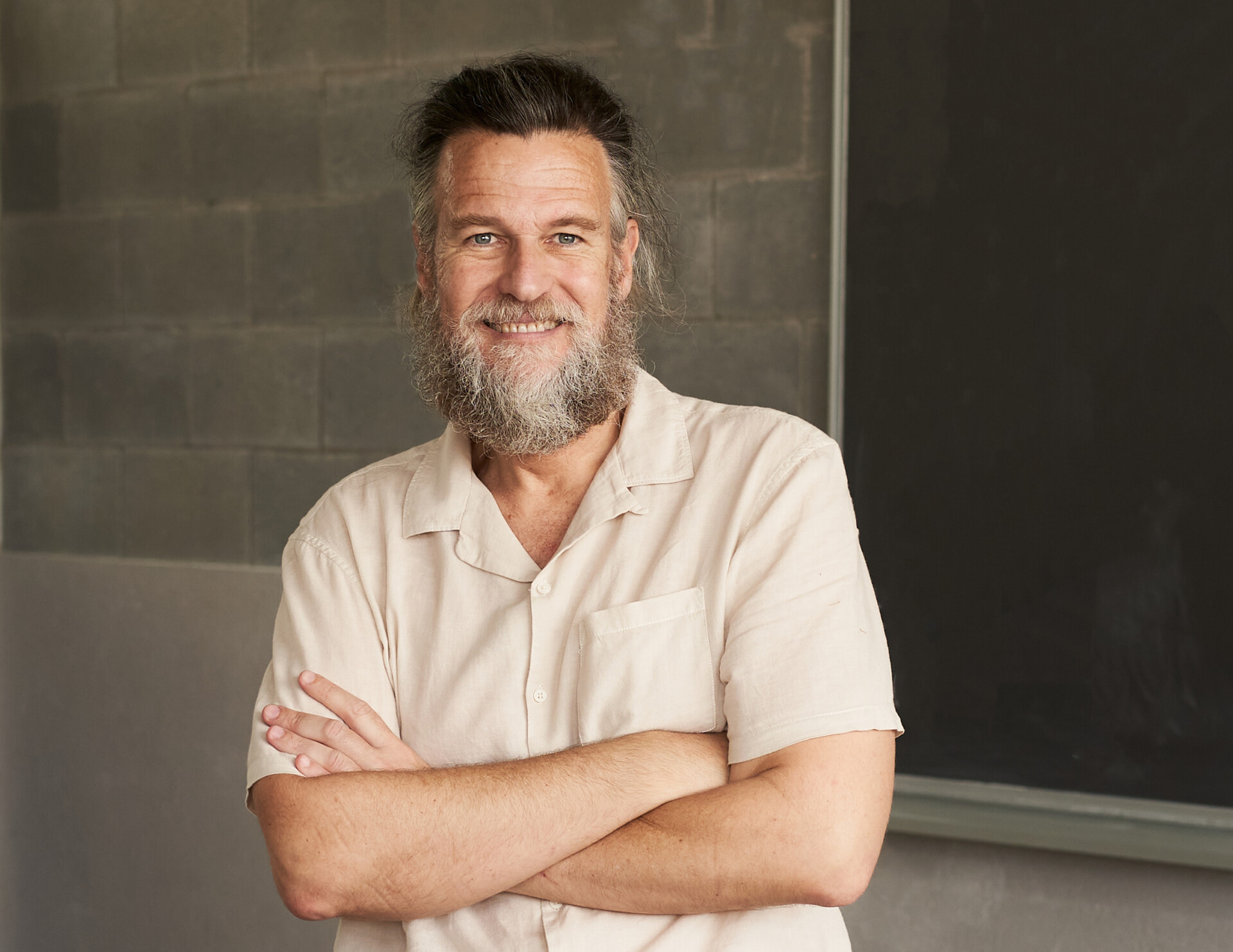 *Names have been changed and stock photos have been used to protect the privacy of our guests.