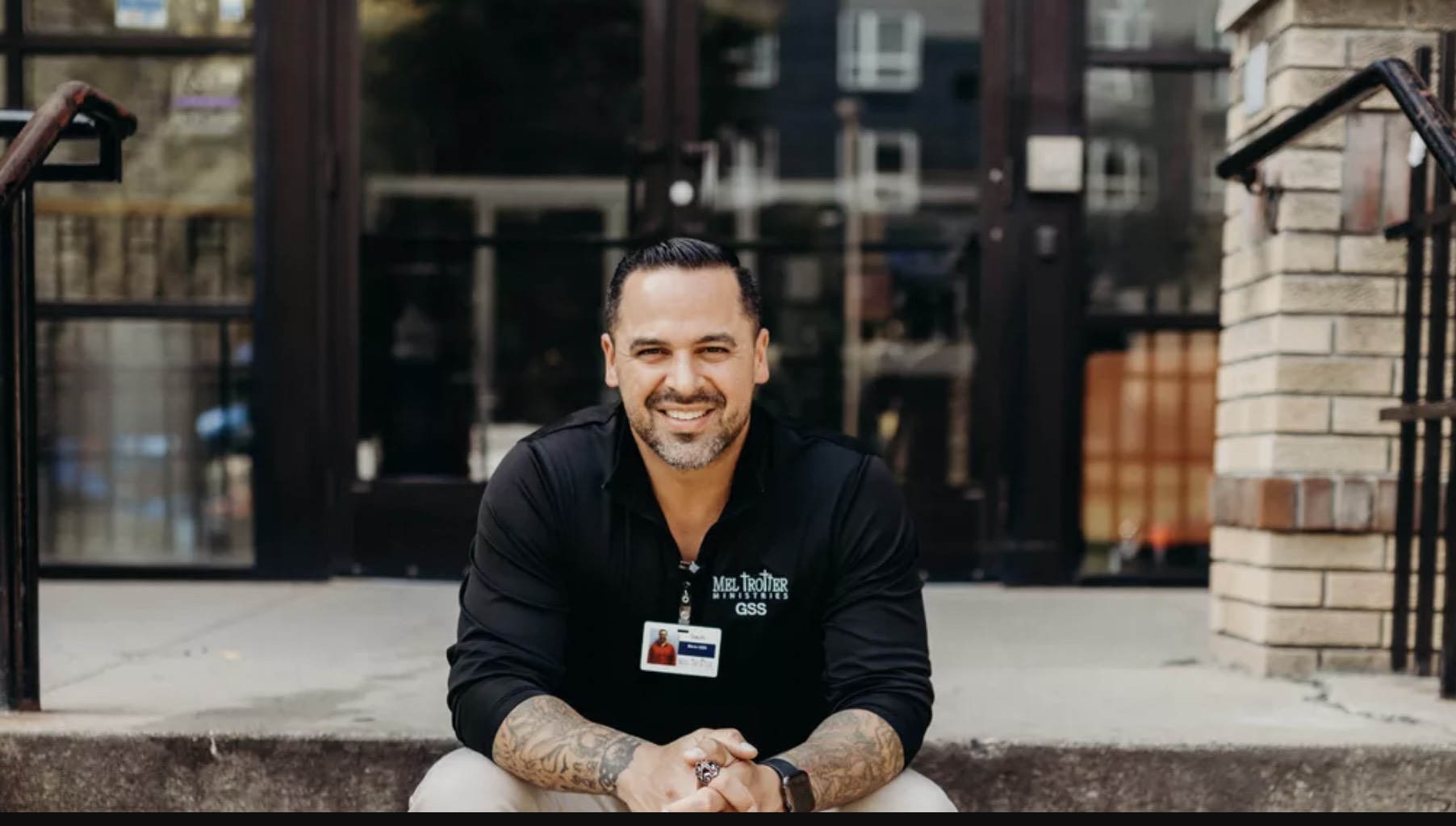 Saulo Montalvo believes in persistence with all his heart.

“Love pushes us to be persistent and pursue each person because we know there is something better that they could have,” said Saulo, first shift supervisor and day center activity coordinator for MTM.

He knows that when he’s struggling with depression or other issues, he can work out or play soccer to distract himself. He wishes the same thing for MTM guests, many of whom are scarred from events and people in their pasts.

“I’m trying to incorporate more activities to help get all age groups more physically active, as well as educational activities such as writing resumes, doing interviews, and other self-help classes,” said Saulo, who has been with MTM about a year. He’s got guests playing Wii bowling and is eager for them to get active in a variety of ways.

“This is a relatively new thing at Mel Trotter and it can be hard to get guests on board. With the Wii game, though, more guests want to get involved and are breaking out of their shells,” he said. “Activity serves as a distraction from life struggles.”

Saulo struggled for much of his life. Prior to coming to MTM, he spent 23 years in prison, a juvenile lifer sentenced at age 16 for his role in the murder of a store clerk. He was released as a result of the recent Supreme Court ruling against mandatory life sentences without parole for juvenile offenders.

“Before, I was a mess, very selfish and with little regard for others. Being in prison and having to spend all that time in introspection and writing to figure out the whys helped me heal, change, and view people in a different light,” he said.

He spent time in prisons throughout Michigan. Thirteen years of his sentence were at Brooks Correctional Facility in Muskegon, the place he enrolled in Calvin University’s CPI (Calvin Prison Initiative) program. He’s two years away from a bachelor’s degree in social work. He was released—thanks to the Supreme Court ruling—before he could complete his degree. 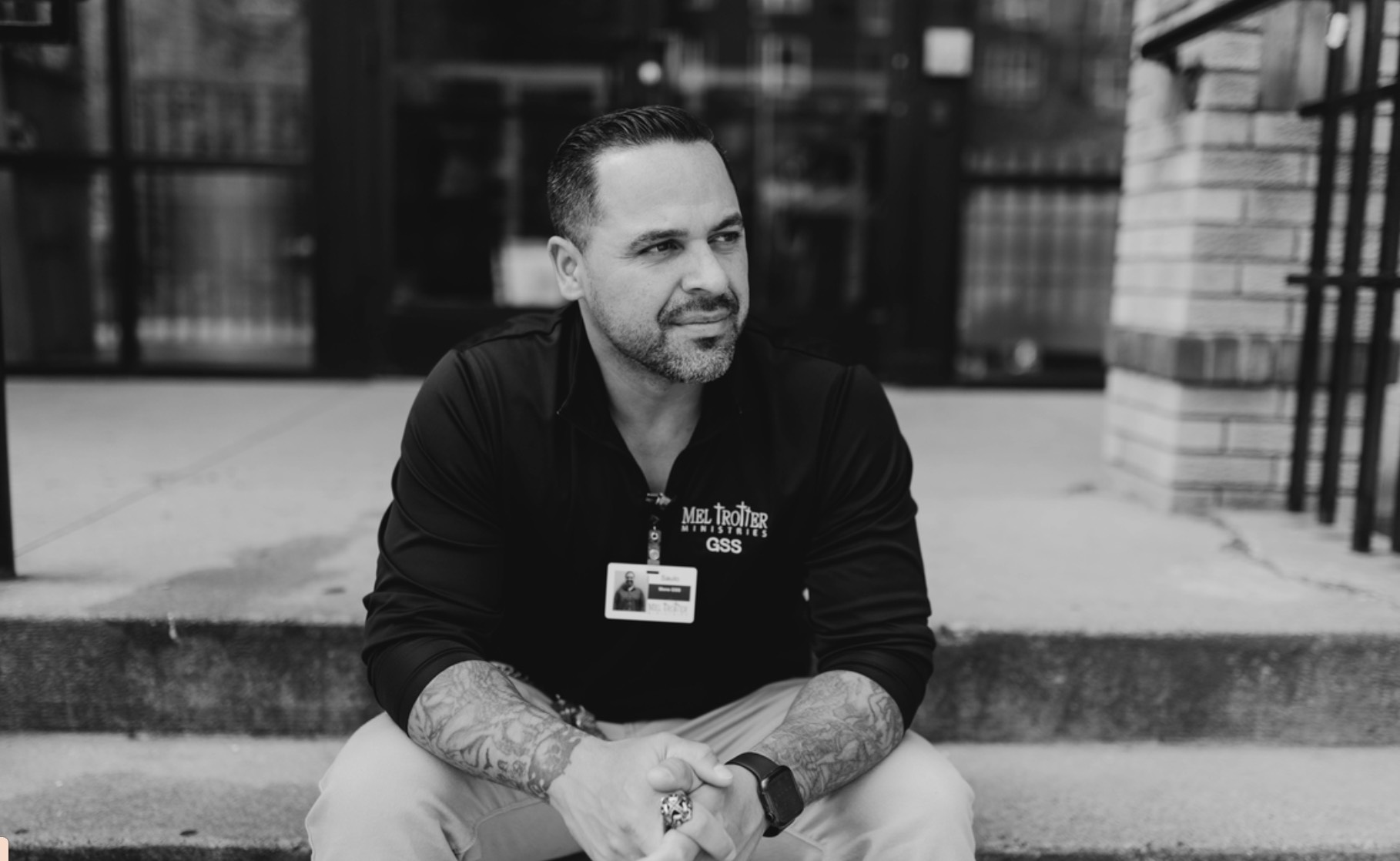 Saulo found his way to MTM via Mary Engle, director of shelter services. He met her when she came into Brooks to teach through Prison Fellowship. He graduated from Prison Fellowship’s TUMI program in 2014, then enrolled at Calvin University. He saw Engle again post-release at a job fair and she told him about job openings in security at MTM, where she was now working.

He deals with disputes among guests, helped in part by certification in restorative justice mediation he received while in prison. He and others in the group were called upon to help settle prison disputes that could have escalated into dangerous situations.

“I’m sad when a person is given up on because they are difficult. I’m glad people didn’t give up on me.”
“Those skills come in handy at Mel Trotter. I can help people work through issues with each other or with staff,” he said.

Saulo is a changed man, decades and miles away from the troubled boy who made bad choices that ended with a life prison sentence for murder. He has reconciled with the family of the man who was killed and they told him they expect great things from him. Part of that reconciliation was getting to know the store clerk whose death he helped cause.

“I learned he was homeless at one point and was climbing out of poverty, overcoming alcoholism and living above the store. We murdered him as he was climbing out of that life,” said Saulo. “As I help and serve the guests at Mel Trotter, in some way I’m making up for what I did and keeping that promise to his family. There is not enough I can do to make up for what I did, but I know I’m called to help people.”

Saulo Montalvo’s call to help others fits perfectly with the mission of Mel Trotter Ministries and his heart for prison reform. “People know they are cared about and loved here at Mel Trotter. Each person is worth everything that is invested in them,” he said. “I’m sad when a person is given up on because they are difficult. I’m glad people didn’t give up on me.”