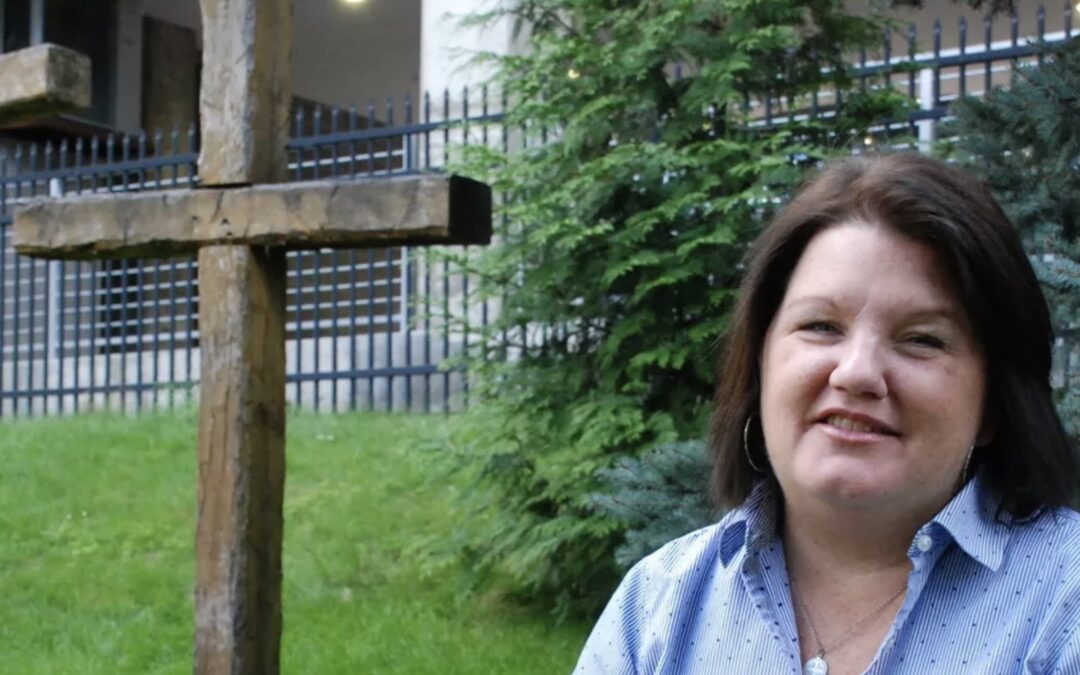 Hello. My name is Meagan. I would like to share part of my journey to Mel Trotter Ministries with you today, and how God has been working through the ministry to work in different areas of my life.

I will start my story from the beginning. I was born into a middle class Catholic family with two parents. I went to Catholic school and experienced all of the comforts of a financially stable life. We always prayed before meals and went to church, we said the rosary together, and I was very involved with my youth group (although that was the first place I got drunk. We broke into the priest’s liquid cabinet during a youth group meeting). My parents had a very strong, but quiet faith. They never doubted God and He was central in our home, but we were not a charismatic, vocal family when it came to spiritual things.

During my teens I started experiencing depression and anxiety.

In addition, when I was 15 I was starting to rebel and my grandparents that I was very close to tried to get me to go to church with them. I was really snotty to my grandma when she asked me. They went ahead without me, but on the way there they were killed in a car accident. There is more to my story. I really struggled with guilt and anger over that for the next couple of years. I sometimes blamed myself for not going, because it would have made things take longer and I thought that maybe they wouldn’t have been in the accident in the first place. My dad started drinking more right after that which added to my anger over the situation. 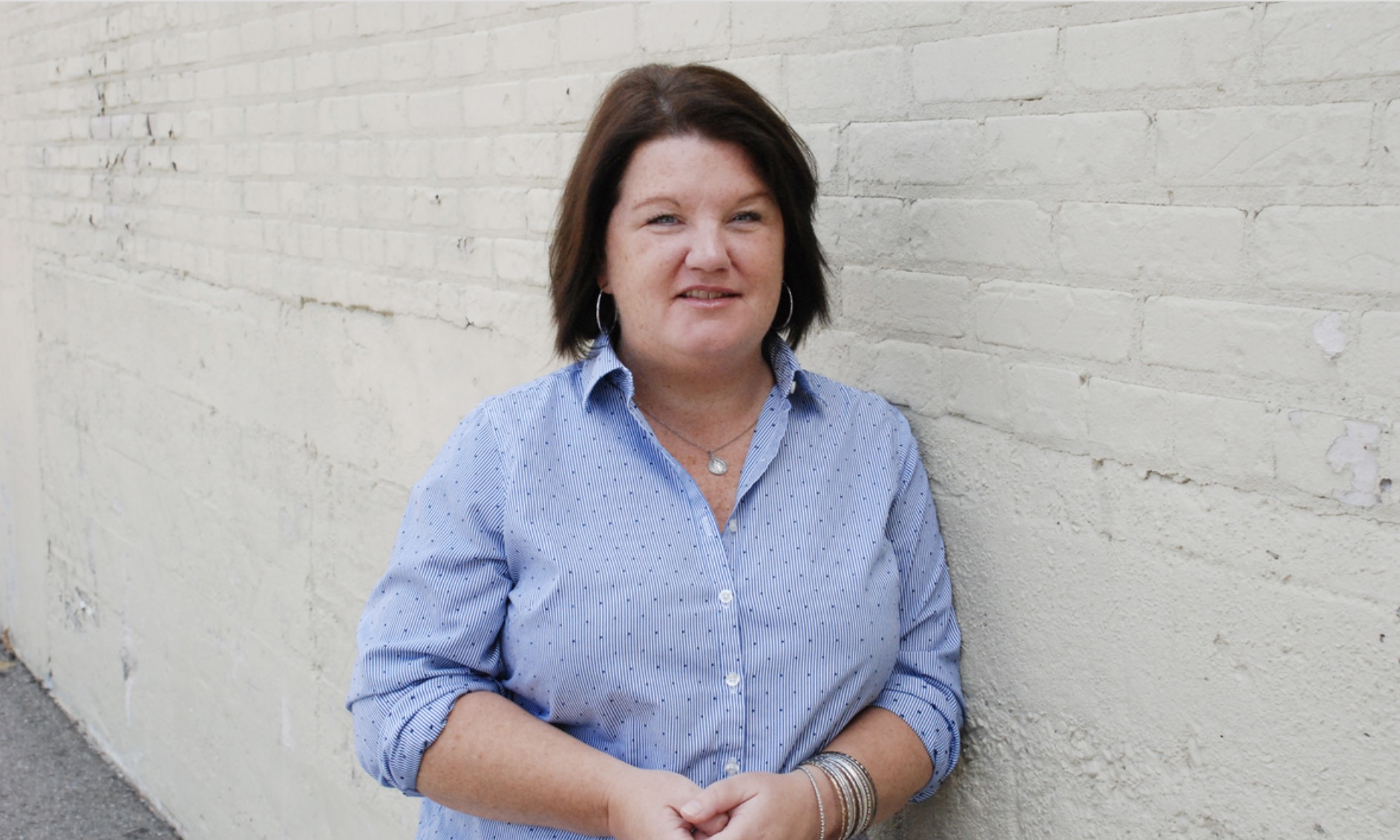 I just kind of wandered for the first couple years after high school, but then I got pregnant at 19 and married at 20. My mom was concerned about me having a baby without being married and so the wedding was planned, but when I was scheduled for an emergency C-section three months early the wedding date quickly moved into an immediate reality. My mom bought me a white nighty and slippers and the morning following my procedure I was married in the hospital. As I stood there I thought, “What am I doing?” I knew that I was making mistake, but I wanted to make my mom happy. I was terrified.

I was married for five years and we had one more child. We shared custody. I started waitressing at a bar and that is when my battle with alcoholism began. I struggled for 15 years and at that point I hit my rock bottom. I was at a McDonald’s drive through when I bumped the girl in front of me with my car and when I got out to check for damage she noticed that I was drinking and threatened to call the police. I panicked and jumped into my car to leave, but she jumped on the hood of my car. I stopped and she got off, but they arrested me the next day. The police assured me that if I was honest that things would go well. Unfortunately, they were wrong. I was charged with felonious assault with a deadly weapon and spent the next 5 months in jail. I had never been in legal trouble before and so I was terrified. Jail is really a dark, lonely, and depressing place to be. I was in the end stages of alcoholism, though, and so God used that time to heal my body and to set me free from the tight grip of alcoholism. Following jail I went to rehab for 5 months and I ended up getting kicked out. I kept being late for my job duty (ironically, my current job requires timeliness and I am excelling). I was in such a horrible place of depression and anxiety at that point. I was also very angry. When I left that location I came to Mel Trotter.

I am so grateful to Mel Trotter. I do not know where I would be if I did not have Mel Trotter Ministries. It would not be anywhere good. I cannot even imagine. I would have nowhere to go. The faith based program has helped me.

My whole life I’ve fought for everyone else, but I’ve never been able to fight for me. They let me have the time and space that I need to heal and they integrate Christ into everything that they do.

The program helped me when I was at a place where I could have easily lost my faith. Even things like my advocate coming and getting me out of bed and making me face life was a support that I needed. Right now, I am at a place of redefining my relationship with God. In the past I felt like if I wasn’t perfect that I couldn’t turn to Him, but I have been working on understanding grace and that I can turn to Him in the midst of my flaws and brokenness. I never used to feel like that and it always kept me at an arm’s length from Him, because I’m never perfect. I still struggle with that, but I’m getting closer to really understanding the reality of grace. It is so impossible to imagine God’s grace, but at the same time, that is the heart of who God is and the result of His great love for us.

In the future I would love to have my degree in sociology or something associated with social work. I just want a simple, normal life. I would like my own little place where I can just be comfortable. I want healing in relationships with my family. I really want simplicity. I also want to be doing something that is changing something. I have a voice. Even as a kid I felt like I had a voice and needed to be using it. That is a passion that God’s given me. I would like to start a blog to tell about the realities of the Heart Side area. When my life wasn’t touched by it, homelessness and poverty were so easy to judge. It was almost natural to just make little comments about people down here or who were on food stamps or welfare, but now that I have been down here, using some of those resources it has changed my whole perspective. It is so easy for people to isolate themselves away from all of this and to judge, but until you walk a mile in someone else’s shoes you can’t really understand. My friends and family on facebook often make comments and it’s so obvious that they are still where I once was. They don’t understand and they are judging based on their limited worldview. They also don’t understand how fast the fall can be when you don’t have family and other supports. Things aren’t what they seem to be and so many people here are broken, but still fighting. But at least they are still fighting. They aren’t lazy, but once you’re in a certain place in life, doors are just shut to you. I can understand that now. Having a felony shut so many doors for me.

If people stopped donating, or if Mel Trotter Ministries lost any of their already scarce resources, it would literally impact thousands of lives during the year. Quite honestly, if Mel Trotter Ministries wasn’t here I probably would have drank myself to death by now. The staff here treats you like you are a human being and there is so much dignity, but they also make us work for even more dignity–it is a huge stepping stone into giving people the opportunity to feel their worth again. And if anything happened and they couldn’t continue, that would negatively impact thousands of people every year.

If anyone has housing, please consider giving people at Mel Trotter Ministries an opportunity to rent. If we’ve completed the program, you can trust that we are driven to live differently. The job readiness program is no joke. It’s intensive and you have to want to grow and to live differently in order to complete it. Housing is such a difficult thing in GR right now-it’s a crisis-and there’s not enough of it for us. That is a huge barrier and if the community and local church would consider getting involved with finding ways to rent to people that graduate from the MTM program, that would be a huge way to help secure permanent stability when we leave. You’d be part of ending homelessness in Grand Rapids.

My favorite verse is Proverb 31:25. “She is clothed with strength and dignity; she can laugh at the days to come.”
It makes me feel strength as a woman and encouraged to fight. It tells me who I am in Christ and that God’s got it. All that I need to do is be faithful and He’s got all the details.

Update: Meagan was promoted to general manager at a local hotel and secured housing in Grand Rapids in the summer of 2016.